Updated, October 12, 2020: I have to periodically go through the links in this post and be sure they still work or edit them. Doing that again today.

Down at the 40 Days for Life prayer vigil today some of the participants were Catholics. We all had our Rosaries, so we prayed the Rosary and then the Chaplet of Divine Mercy. I mentioned to the people there with me that it was significant that we were praying the devotion on St. Faustina’s Feast Day, in light of the abortion connection. Huh? they said. You know, I said, in the diary? I missed it myself until I read about it in Fr. Frank Pavone’s book, Ending Abortion, Not Just Fighting It, several months ago. (Updated links to the book at the end of this post.)

Also see The Divine Mercy and Abortion on this site.

Since many other Catholics may not know about the Divine Mercy and abortion connection, I thought I should do something about that. Below is a quote from an article by Fr. Frank on the Priests for Life site, and included in the Ending Abortion book.

Indeed, the link between this devotion and abortion is established by St. Faustina herself and recorded in her “Diary.” Fr. Seraphim Michalenko, MIC, who was a principal translator of St. Faustina’s diary, and the postulator of her cause of canonization, writes the following:

“On at least three occasions, from 8:00-11:00 in the evening, she felt like her insides were being torn apart. She suffered so much that she thought she was going to die. The doctors couldn’t figure out what was ailing her, and no medication was able to alleviate her sufferings. Later, she was given to understand that she was undergoing those pains for mothers who were aborting their children (Diary, 1276).

“On another occasion, she had a vision of an angel coming with thunderbolts to destroy one of the most beautiful cities of her country. And she felt powerless to do anything about it (Diary, 474). What antidote did the Lord give her? The Chaplet of Divine Mercy. [She explained] that the city was to be chastised for its sins, primarily the sin of abortion.” (“Wombs of Mercy,” Marian Helpers Bulletin, Summer 1995, p.13).

Now the Pope has personally emphasized this connection once again, by signing a special Papal Blessing for those who pray the Chaplet for an end to abortion. The blessing, signed on the Feast of the Annunciation, March 25, 2003, is addressed to the Eucharistic Apostles of the Divine Mercy and to “all the faithful worldwide who join them in offering the Divine Mercy Chaplet…for mothers, that they not abort their offspring; for infants in danger of being put to death in the womb; for a change of heart of providers of abortions and of their collaborators; for human victims of stem cell research, genetic manipulation, cloning and euthanasia; and for all entrusted with the government of peoples, that they may promote the Culture of Life, so as to put an end to the culture of death.”

— Article on the Divine Mercy, by Fr. Frank Pavone on the Priests for Life website and in his book, Ending Abortion, Not Just Fighting It.

The Pope’s intentions are arranged in list form below for use during the recitation of the Chaplet of the Divine Mercy for the end of abortion and the culture of death.

When you use these Amazon affiliate links, I may make a small commission at no cost to you. Thank you!

Praying with Jesus and Faustina During Lent and in Times of Suffering, by Susan Tassone: Paperback, Kindle.

Catholic Book of the Month Feb 2021: It Is Right and Just, by Scott Hahn and Brandon McGinley. 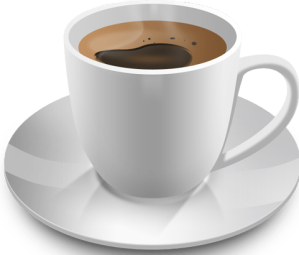 Some Points of Interest

Praying for an end to the culture of death. Join in on Tuesdays & Fridays, 7pm Central. Live on Twitter. See Rosary Project Live Archives for list of threads. Also, the Rosary Project pages ar available on the blog anytime.