I just read about a Catholic priest who became Episcopalian. I don’t have much to say about his conversion; my response is to this statement by his new bishop.

“The pictures of Fr. Alberto together with his divorced girlfriend, Ruhama Bunil Canellis, as well as the controversial pictures have shaken Catholicism,” the Anglican bishop said. [ Quoted from Anglican Bishop: Manner of Fr. Cutié’s Conversion Will Harm Catholic-Episcopal Relations.]

I don’t feel shaken about this rogue priest’s removing himself from Holy Mother Church. Not in the least. I think it’s interesting that he felt that, instead of meeting the requirements of the Catholic Church and allowing those requirements to transform him through and through, he turned his back on her instead to find a place where he might not be expected to change, wouldn’t be expected to allow his heart and mind to be transformed utterly by his priestly ordination. He chose to remain as he was, is now and, apparently, ever hopes to be.

I only hope that he is wrong and that his new mother will expect more out of him—and for him—than that. I leave untouched the validity of the notion of exchanging one’s Mother for another. 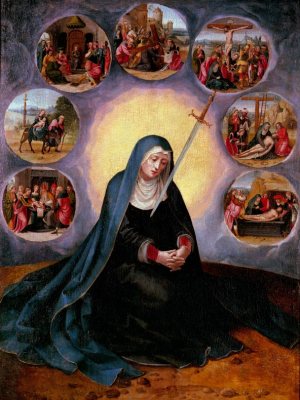